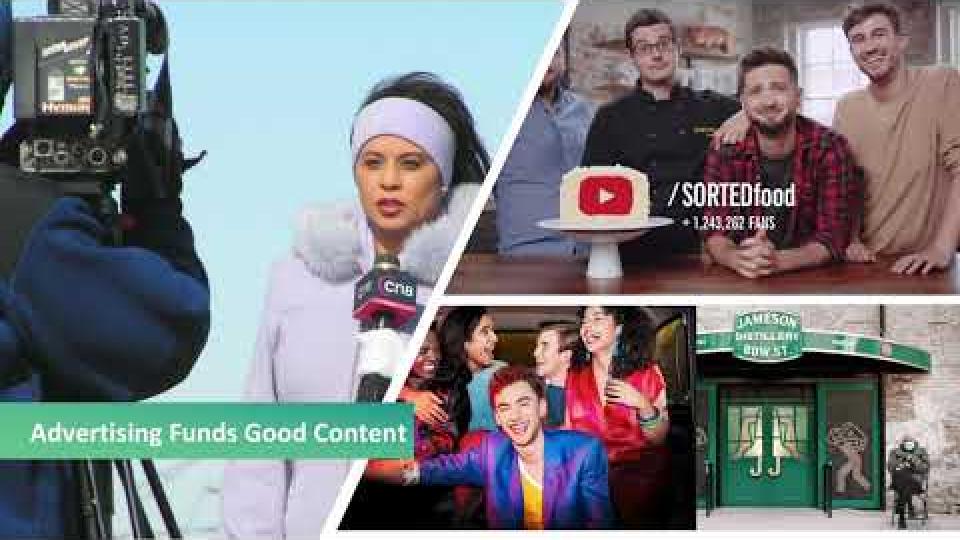 CAN you afford not to be brand conscious - Presentation

Have your company's ethics caught up with the technology of marketing? This bitesize webinar will give you an overview of the Conscious Advertising Network and why your company should sign up and become a member.

The Conscious Advertising Network (CAN) is a voluntary coalition of over 70 organisations set up to ensure that industry ethics catches up with the technology of modern advertising.

Tina Fegent, CAN Director of Recruitment
Tina established many of the first Marketing Procurement teams in the UK for Cellnet (Telefonica), SB (GSK) and Orange & France Telecom. From Lucozade Sports bottles to Orange Arrows Formula One Racing, there isn’t a category of marketing that she hasn’t procured! Tina was the first Procurement person to work agency-side at Grey Advertising as their Commercial Director, and then worked in the same role at Lowe Advertising. In 2006 Tina set up Tina Fegent Consulting to offer a Marketing Procurement Consultancy service to clients. She has chaired the Chartered Institute of Purchasing and Supply (CIPS) Specialist Knowledge Group on Marketing Purchasing since its inception in 2006, and was a key contributor to the Magic and Logic initiative. She was a Women in Marketing Award Winner 2013/14 – Best Female Marketer: Independent Consultant. Tina is also the first Marketing Procurement person to appear in Campaign’s Annual A List of the most powerful people in the Advertising industry.

Jake Dubbins, Co-Chair Conscious Advertising Network (CAN)
Co-Founder and MD of Media Bounty, a creative social media agency with a conscience - advising clients as diverse as Bodyform, KIND Snacks, Hilton and The Meatless Farm on using social to drive long-term brand growth. Jake is a passionate advocate of business as a driver of social good. Media Bounty has funded the purchase of nearly 700 acres of critically threatened habitat through World Land Trust and the agency team volunteer for environmental, homeless and social cohesion charities.

Jerry Daykin, CAN Director of Capabilities & Learning
Jerry joined the global media leadership team at GSK at the start of 2019, overseeing their media spend across the EMEA region. Previously he has led global media partnerships at Diageo, digital strategy agency-side at Carat and social media at Mondelez. An active contributor to the industry Jerry is a member of the WFA Media Board and was one of the main authors of their new Global Media Charter. He also contributed a chapter to the recently published ‘Eat Your Greens’ book alongside Byron Sharp and Mark Ritson. Jerry is a vocal proponent of the power of inclusion within advertising, is an Outvertising Board Member and during his time at Diageo led their Rainbow Network, employee resource group.

Iman Abou Atta, Director Tell MAMA
Iman is the Director of Tell MAMA (Measuring Anti-Muslim Attacks), where she has been instrumental in the development of the programme and currently focuses on research development and advocacy. Tell MAMA ensures the mapping, monitoring and measuring of anti-Muslim hatred across England and Wales and is the only national programme that works in this area. Tell MAMA also provides court support. Furthermore, Tell MAMA provides training for local authorities and police groups in understanding the changing nature of anti-Muslim hate, Tell MAMA’s work with police forces has led to over 1,000 arrests. Since its inception in 2012 it has assisted over 22,000 people. Iman is also the Director at Faith Matters; where she leads inter-faith, inter-cultural, conflict interaction between faith communities such as the Muslim, Sikh, Christian and Jewish communities across the UK. Iman co-founded the national annual No2H8 Crime Awards which provides a platform for over 34 national hate crime agencies to honour individuals, organisations, politicians and young people who tirelessly counter hatred, prejudice and intolerance. This national event has attracted support from the Mayor of London, Mayor of the Manchester, senior Government Ministers and from police forces and non-governmental agencies across the United Kingdom.